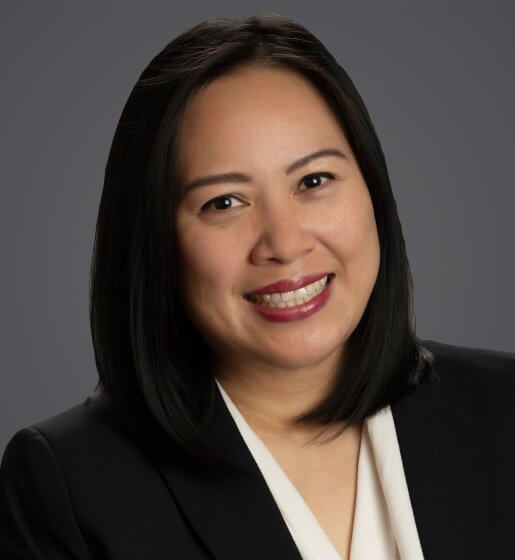 Elaine exclusively practices U.S. immigration and nationality law. She began her career with the New York headquarters of a premier global immigration practice. Elaine has counseled human resource managers and employees in a variety of industries including finance, technology, and energy on how to obtain work visas, lawful permanent residence, and U.S. citizenship. She has also advised individuals on how to immigrate to the United States based on family relationships and other benefit categories.

Elaine has been committed to immigration matters in her extracurricular activities. She is a former Secretary of the USCIS New York District Director Liaison Committee. Elaine served as a volunteer attorney with The Safe Passage Project, a non-profit that provides legal advice to indigent immigrant youth living in New York. She also volunteered with the Asian American Legal Defense and Education Fund to counsel DACA applicants.

In addition, Elaine lends her efforts to the NFALA Foundation, a non-profit whose mission is to provide scholarships to law students who have demonstrated a commitment and leadership to the Filipino American and other underrepresented communities. Prior to this, Elaine served in various leadership positions of the Filipino American Lawyers Association of New York, culminating in the role of President.

Please understand that merely contacting us does not create an attorney-client relationship. We cannot become your lawyers or represent you in any way unless (1) we know that doing so would not create a conflict of interest with any of the clients we represent, and (2) satisfactory arrangements have been made with us for representation. Accordingly, please do not send us any information about any matter that may involve you unless we have agreed that we will be your lawyers and represent your interests and you have received a letter from us to that effect (called an engagement letter).